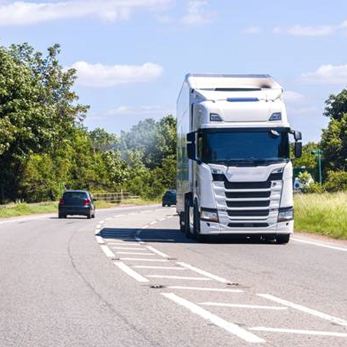 Why Do Lorry Drivers Seem To Be In Short Supply?

According to the Road Haulage Association (RHA), there is a deficit of more than 100,000 drivers, compared to a pre-Covid total of 600,000 or thereabouts.
This has increased dramatically, despite the fact that there was a shortage of approximately 60,000 drivers before Covid, owing mostly to changes in migration laws as a result of Brexit.
Because the UK is no longer a member of the single market, where HGV drivers can move freely across borders, many European drivers have chosen to work primarily within EU countries.
The greater formality involved in travelling to and from the United Kingdom frequently results in higher costs for drivers who are paid for distance rather than time.
Furthermore, changes to the UK's tax policy following Brexit may make working in the UK less appealing for many HGV drivers.
The epidemic has also had an influence on the number of HGV drivers in the UK, with several European drivers who remained in the country returning home due to travel restrictions.
The British Retail Consortium's chief executive, Helen Dickinson, stated that disruption has been "limited thanks to the fantastic work by retailers and their suppliers."
She said: “Retailers are increasing pay rates, offering bonuses and introducing new driver training schemes, as well as directly supporting their suppliers in the movement of goods, but Government will need to play its part. “We are calling on the Government to rapidly increase the number of HGV driving tests taking place, provide temporary visas for EU drivers, and make changes on how HGV driver training can be funded.”
The RHA also reported that because of the pandemic, around 30,000 HGV tests could not take place last year, resulting in 25,000 fewer applicants passing the test in 2020 than that in 2019.
Pay rates in the industry are generally low, with lengthy hours, prompting a number of firms to publicize dramatically improved pay rates , particularly for younger drivers
Drivers who are now employed in the industry describe a variety of other difficulties, such as decreased access to and quality of facilities.
Furthermore, the average age of an HGV operator in the UK is 55, indicating that the industry has a large rate of retirement.

Drivers are only allowed to drive for a maximum of 9 hours a day, though this can be increased to 10 hours twice a week.
Drivers must take a 45-minute break after every 4.5 hours of driving, which simplifies HGV driving hours.
Drivers' driving time might be divided into 4.5-hour blocks or divided into shorter blocks that total 4.5 hours.
HGV drivers must follow a slew of laws and regulations in order to keep themselves as well as other road users safe. It is critical that everyone is aware of these so that we may all travel securely. It is critical to follow government guidance in order to stay current with these rules.

According to Statista, there were 275,000 lorry drivers employed in the UK between April 2020 and March 2021. The majority of heavy goods vehicle drivers in the United Kingdom (UK) were aged 50 to 64, with over 122,000 personnel.
In the next five to ten years, 45 percent of heavy goods vehicle drivers in the UK will reach retirement age, implying that the current driver shortage may be far from finished. In addition to the age structure, 10,000 drivers from European nations other than the UK departed the country in the aftermath of the Brexit referendum. As a result, there is a high need for younger drivers.

Solutions To The Shortage

Most trucking companies face a significant driver shortage. Increased driver compensation is one option, but with rising fuel costs and narrow profit margins, many trucking businesses are obliged to explore alternative ways to recruit and retain drivers.

How Can You Lower Your Truck Fleet Insurance Costs?

The driver is one of the most important factors to consider when buying cheap truck insurance, and the driver scarcity makes it more difficult to find well-qualified drivers, which often leads to more accidents and higher insurance premiums.
Here are some suggestions to help you save money on trucking insurance:

If you find that one or more drivers are frequently involved in accidents, it may be worthwhile to provide a safety course for them. These classes can assist drivers in identifying problematic behaviours. Ideally, it will assist them in avoiding future mishaps. Many insurance companies will give you a discount if you take your drivers through a safety course While you're researching safety courses, you might want to check into more specialised programmes as well.

Establish A Standard For Your Employees

It is critical to establish a company standard for your personnel. After all, if one of your fleet drivers makes a mistake, it does not reflect poorly on them. It reflects poorly on the entire organisation. This is particularly true if you drive vehicles with your company's emblem emblazoned on the side. You may create a standard for new drivers by communicating your expectations to them.

Make Sure Your Vehicles Are In Good Condition

Maintaining your fleet of vehicles is an important component of running a successful business. If your vehicles are out of commission, they are more unsafe on the road. They are even capable of breaking down while driving. This could result in fatal accidents. So, how do you keep your vehicles in good working order?
To begin, delegate the various roles so that no one gets confused. Remind drivers of their maintenance responsibilities while they are driving. For example, they could be in charge of changing the oil and inspecting the tyres. You should also plan for both routine and unforeseen repairs.

A risk assessment is a method of investigating an employee's driving record and check all elements of the truck fleet insurance policy. Whether there are any problems, these are highlighted in the report. Identifying these potential liabilities benefits both you and the insurance carrier. Most of the time, you can inquire with your insurer about forming an in-house risk assessment team.

You can, however, hire other third parties as well. Alternatively, you can compile data on your fleet employees' driving history. If your organisation is more secure than others, you may be able to use this to your advantage.

Although Truck Insurance Comparison cannot address the truck driver shortage, we can assist you with your insurance needs.
We specialise in offering low prices for HGV Insurance and Truck Insurance with no deposit and payments spread out over the course of the year. Because we are an office rather than a contact centre, you will have a single account manager who will handle all elements of the policy.