Are HGV Salaries Going Up Or Down This Year In The Haulage Sector? 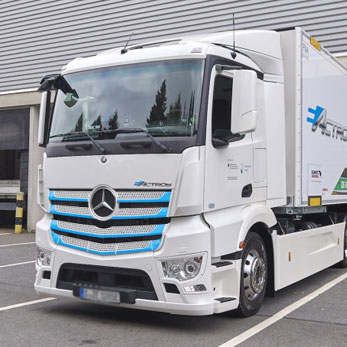 Are HGV Salaries Going Up Or Down This Year In The Haulage Sector?

For new start up motor trade businesses researching and asking questions about salary growth in the haulage sector there is bad news abound. For HGV drivers however the statistical information on wage increase is great news. According to a poll completed by The Road Haulage Association (RHA) salaries for the haulage sector have increased a whopping 2.75% and articulated lorry driver pay seeing hourly rates top out at a 5.4% increase. In the main the driver of these increases has been Brexit and uncertainty surrounding immigration and the ability to remain. Coupled we think, with a much better performing pound against the Euro which means less interest from Eastern European workers to travel to earn when the pay sent home to their families would be less than say three years ago.

More in the industry are pointing to the ineffective Government strategy of training new drivers for the haulage industry. Not many feel the Trailblazers apprenticeship scheme which was set up to incentivise new venture commercial HGV drivers, has hit the mark. Failing to recruit enough interest despite a £150 million investment. Figures suggest only £10 million has been raked back as a reward. The upside however is increased wages for HGV drivers and the industry in general. The downside is a shortage of labour which can mean its more difficult to get fully comprehensive cover.

Will HGV salaries Increase Further in 2020?

Without a doubt HGV driver pay will increase more in the next few years until the government start to eek out a more formal immigration policy. Until at least December, Europeans in other EU nations are still free to travel to the UK. The sticking point is whether labour will cross borders for a short term pay rise and increase in income versus remaining in a home country or another EU country and ensure long term work and security. This is why the Haulage industry has to revisit the Apprenticeship Trailblazers Scheme to ensure more British or other rest of world nationals are incentivised to come to the UK to drive. Towards the end of 2019 there was a need for 60,000 more drivers, the strain on the motor trade industry is heavy. The idea that self driving HGVs could eradicate the need for job fulfillment is a slim chance as this is a five to twenty year projection and not an immediate solution.

Any job has to be attractive and that begins with salary. Being a truck driver is not an easy task. First there are the driving qualifications for Heavy Goods Vehicles, the constant retraining and awareness. The long hours away from home and family. It is tiring hard work driving each day. The surprise uplift in wages will attract new HGV drivers whether born in Britain or moving in from abroad. The costs of these wage increases will have to be borne from somewhere.

The Government is hoping to be very clever with immigration visas after Brexit but it is not thought that the UK will expand Tier 2 visas for haulage drivers from abroad, indeed driving down lower paid employment from overseas has been a politically motivated promise. The 60,000 driver shortage was a concern for the Christmas period only, this gap was eventually filled primarily by 50% agency drivers, their make up always a high at any point of the year. What happens next? Clearly wage growth is an indicator that more young drivers will tilt towards the industry but this takes time. The average wage across the United Kingdom is £30,000. With Manchester seeing  £31,787, Liverpool £32,500 and Bedford at £23,872. If there is an annual increase of 5% those long tiring hours will start looking like a great career move but the haulage industry needs to do more. Whether that extends to more loans for  additional HGV training or indeed vehicle ownership is one route.

For a few years now it has been possible to tell that there are far more registrations for driving goods vehicles than there are actual drivers in employment. There appears to be a high number of Category C and C + E licence drivers not working. Why? There are a variety of reasons. While some may return as wages increase, the thousands number around 60,000 holders find stress a de motivating and demoralising. When they add in factors such as pressure from telematics and rotation equating to long working hours.
There seems to be not just a recruitment issue but the ability to retain long term drivers.If you can work out how premiums are calculated the you are well on the way to reducing costs.The majority could start back driving within a fortnight simply by undergoing the required refresher CPC training. They however see huge problems within haulage, from micro management, poor pensions to lack of investment in the workforce. Haulage is very competitive as it has to compete with a European truck mafia from abroad and of course train transportation so costings need to be competitive from a business management aspect.

This leaves HGV drivers perplexed. While wages are rising, working standards need to also, better paid pensions, more frequent training and reduced hours will provide those holding HGV and LGV licenses with a brighter outlook on a heavy goods vehicle driving career. For all the effort the haulage industry has made in starting an apprenticeship scheme, it seems much better to figure out how to retain existing license holders, this in itself cannot be answered in one article. More questions need asking so information can be gleamed. Motor trade businesses competing based on quality of service instead of low cost price could be a start. There a numerous benefits to obtaining several quotes as you can then compare one against the other.