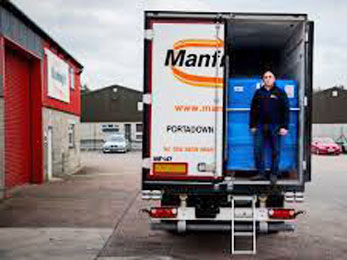 HGV Insurance is complicated we agree but you need not worry whether Hire and Reward insurance is more expensive than Carriage of own goods insurance. Firstly, what is hire and reward insurance? It's for businesses that transport other company's goods, equipment and products and are paid to do so. Own goods cover naturally only pertains to your own products, packages and equipment. Basic cover in both will offer; all road risks, accidental damage, break ins, theft and injuries to personnel, bystanders or other drivers. As well as a comprehensive list of how goods might get damaged and what sort of recompense might be proffered. Let's look at each category but remember, you gain the advantages of both sets of cover if you undertake both long haul and acting as a local courier service, no doubt with a discount.

Carriage Of Own Goods:

Goods have a variety of different specifications in this instance. In the future the lorries may drive themselves. What matters is whatever they are, they inherently belong to you. If your employment is as a plumber, this could cover your tools and equipment as well as any supplies needed for those jobs being carried out, such as pipes. If you are a Confectioner or Florist, this might cover flowers and chocolates being delivered in your own van.

Carriage Of Goods For Hire Or Reward

A courier clause is described as one long journey that sees a truck or van make multiple stops frequently over the driving day. You require general Courier insurance if you are receiving payment for transporting another person's or company's goods. The policy generally covers localised deliveries. So called Hire and Reward. This is what most HGVs do.

For lorry drivers this will be the main insurance policy to take. Hauliers tend to transport goods, either belonging to their company or another business, a long distance. With usually one end stop, however you could still run a haulage business that has two or three depot drop offs on a particular route. A broker would know how to mix in a haulage policy with Goods in transit and extra cover for hire and reward. This clause would also provide for travel and cover across Europe and UK wide.

This policy generally wraps up all of the above into one tidy set of paragraphs and lists information on what you can and cannot carry and which instances you can claim against.  To fully understand the difference  between these types of cover on HGV s or LGV s then read on .Such as perishable goods not delivered on time. Mostly prohibits hauling expensive valuables such as fine art unless declared and monthly premiums adjusted for the fact temporarily. There is no way of ascertaining which insurance clause is actually cheaper, whether hire or reward or haulage, as it will be based on the value of your commercial lorry, driver histories, condition of vehicle and its history, its make and a variety of other clauses. It is important to get the correct cover at the time. There are a few ways of looking at the expense of insurance particularly for older or younger drivers. In comparison to other insurance brokers and in respect to your own activities. If the driver is under 25 some insurers will refuse cover It is a fact that Hire and Reward insurance costs more than a standard Courier van insurance. Though these are not similar policies.

One instance is for the van, the other is for the goods you are transporting. You then need to compare between Hire and reward and that of Carriage of own goods. It is likely transporting other people's goods will cost more, however it really does come down to the value of the goods in transit and their replacement cost.