Will Electric HGVs Be Less To Insure Than A Diesel Lorry? 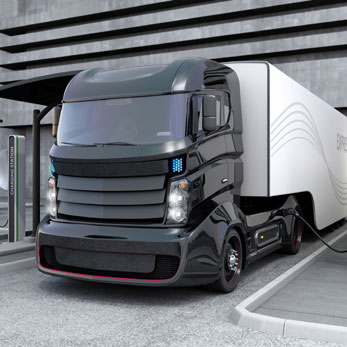 Will Electric HGVs Be Less To Insure Than A Diesel Lorry?

Will Electric HGVs Be Less To Insure Than A Diesel Lorry

There is much ado about climate change, man made or otherwise, and a significant aspect of this fallout is changing the motor trade insurance industry fast. While vehicles are unlikely to become more affordable in the future. The offset of buying into an electric HGV over a diesel lorry with less Government taxes to pay, reduced city congestion charges and the lower expense of refuelling being more cost effective is where the savings could be made. On top of these discounts however the insurance industry both in the UK and overseas is adapting to offer a form of Green Insurance, though it seems this is yet to reach the bastion of the motor trade in full. The key aspects of such a policy is that electric vehicles tend to not have much torque aka power and speed behind the wheel. To find out more about electric trucks follow the link. This in essence should make a vehicle less dangerous but as we are seeing when it comes to electric HGVs this is changing, it has to otherwise loads cannot be carried and transported as efficiently as with diesel.

As a motor trader and perhaps fleet manager you are tasked with not only ensuring vehicles stay on the road but that you do it the cheapest way possible and at the lowest cost policy wise. The benefits of an EV HGV far outweigh that of a diesel lorry but does this apply to the insurance cover too? The advantages of going green as a business stem mainly from government taxes being reduced, that and fuel efficiency, as the diesel price ppm is not getting cheaper. Cleaner for the environment and drivers, quieter and cost less to operate. Though entry price for EV trucks is still high, this is probably an advantage for a new venture but a costly exercise for an existing company with fleet intact. To develop a greater knowledge and better understanding on haulage see our page. The disadvantages are that electric HGVs are new to market. While quite a few brand manufacturers are bringing electric HGVs online, such as Tesla, Daimler (E-Fuso Vision One) and a British company Tevva. The motor trade is massive and upgrading all vehicles at once will be an enormous task requiring huge financial investment. Because of this it is unlikely an insurer will lower monthly electric HGV insurance premiums just because you change from diesel.

Why? It comes down to the supply and maintenance chain. If drivers have DR10s or points it can affect prices. The networks across continents are simply not as far and wide reaching as that of the chain used for the last fifty years. EV trucks have different parts than Diesel lorries. While the operation of an engine may be the same as it is now the flow of electricity that powers them. One would consider that eventually insurance for electric HGVs would drop due to no liquid fuel components, no exhaust pipe and less risk of combustion. That said, some have caught fire and self drive computer systems broke down and where there is risk you will surely pay for it collectively.

Zero emissions for the motor trade industry is not a dream and can be realised with further technological advancement but as of now not all EV parts are fully recyclable or brought to fruition without using fossil fuels. While many would prefer to switch to electric as soon as possible, all networks have to grow to supply the need and visa versa. For instance, Hydrogen refuelling stations (HRS) for hydrogen fuel cell based electric vehicles are not as widespread as a motor trader vested in transported goods would like. Ability to change routes and recharge wherever is imperative. Delivering in London would be simple in comparison to London to Birmingham and visiting various depots in between.

There are many different aspects that could and should affect electric truck insurance policies for motor trade businesses; Brexit, climate change, renewable energy and of course the new electric trucks and heavy goods vehicles that come on to the market. However, vast changes to the cost of insurance may not differ for some time. What will aid in reduced costs is the ppm of renewable fuel efficiency, whether electric vehicle parts will prove to be longer lasting and cheaper to replace is an unknown quantity in the short term. See how we can advise and help you save money with one of our quotes . It is hoped British motor trade insurers will join the green insurance revolution, understanding that a vehicle that is electric could possibly be less dangerous than a diesel truck. Only time will realise this as stats are built up, assessed and computational models used to verify how long electric truck parts last, which accidents they are involved, the cause and how much the courts seek recompense from a motor trade business or driver.